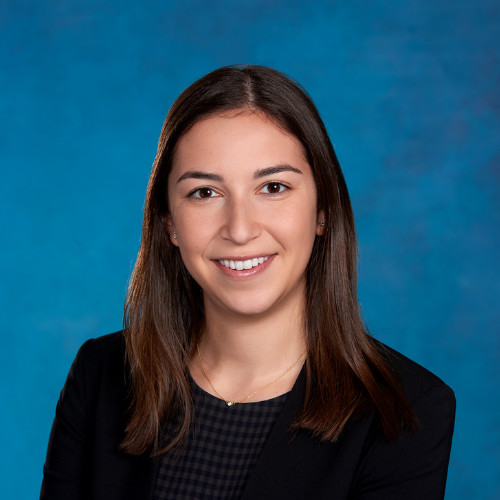 Meet Jordy, a Skillful Mentor and BizOps Lead at ResQ.

Describe yourself with three emojis

🙋 Always putting up my hand to jump into whatever is needed, regardless of whether it fits within the scope of my role

📍BizOps Lead at ResQ. Living and working in Toronto, Canada.

What prompted you to pivot into an early-stage tech startup?

I always had an itch to operate, and figured that joining an early stage startup was the best way to jump in with two feet. I wanted to be able to see clear, quantifiable and quick results from my actions, as well as clearly understand how the work I am doing is driving the business forward.

How did you identify the type of company or role you wanted to shift to?

I focused more on the kind of work I wanted to be doing every day (solving complex problems with data, ideating around new ways to expand a business), as well as the people I wanted to do it with. I wasn’t focused on a specific title or even industry; I figured if I surrounded myself with smart, talented people who I could learn from and was doing work I found meaningful, the rest were just details.

How did you find your role at ResQ?

I reached out to my network and explained to them my superpowers (solving problems, thinking creatively, simplifying complex processes, analytical rigour - essentially being a corporate swiss army knife), the kind of work I wanted to be doing, and asked that they point me to the most impressive people they knew, regardless or whether there was a role posted or not.

When pivoting from consulting and private equity into tech, what have been the biggest differences you’ve noticed? What surprised you?

The biggest change is that in consulting and private equity, work is given to you. You are assigned a case or a deal to work on, and you follow a playbook. At an early stage startup, no one hands you the guide to follow or tells you exactly what to focus on. You find problems, identify a solution, and just make it happen. At an early stage startup where resources are always limited, no one will stand in your way from taking on new projects with the aim of making things simpler. I found complicated things we were doing, broke them down to their core, and rebuilt them.

Amidst all of that, you decided to join the Skillful community! What do you love about being a Skillful mentor?

What should people who are thinking about joining Skillful know about it?

You will get from it what you give. If you aren’t failing, you aren’t trying hard enough. It is a safe space to put yourself out there, try new things, and experiment.

Tell us more about your role at ResQ! What team are you on?

I am the BizOps Lead at ResQ (the BizOps team reports to me, and we report into the CEO). Our team is split into three verticals. The first is New Verticals, which is all about experimentation and truly incubating ideas. This team is focused on building the ResQ of the future. The second vertical is Reporting and Analytics, which is tasked with enabling the team with data to make data driven decisions across the organization. The third team is our Marketplace Launch Team, which is responsible for onboarding all of our customers, and setting up all of our markets.

Why should someone work at ResQ?

There is no one in the market doing what ResQ is doing. Our market opportunity is MASSIVE. We have the top investors in the world behind us and the only thing that can stand in our way is ourselves. ResQ truly lives up to our values of extreme ownership, deliver WOW experience, Uplift & Inspire and Keep it Real. There is no better place to learn to operate than ResQ.

Looking back on your career journey, what's one piece of advice you would've given yourself?

Be honest with yourself about the kind of work you want to be doing and what you enjoy. Focus more on the role and responsibilities than title and industry.

And now, a few fun tidbits about you!

💻 A tech company you think should be on everyone's radar: ResQ!

📚 A Favorite Book: Factfulness: Ten Reasons We're Wrong About the World – and Why Things Are Better Than You Think

💬 An inspiring business quote (or two!):

Join our Core Sprint to get to know mentors like Jordy!